The Northern Lights offer one of the most spectacular natural phenomena on the planet. The neon glow of the lights has captured the imagination for centuries, while today it has never been easier for people across the planet to experience the magnificent sight for themselves. Also known as Aurora Borealis, the lights occur when solar particles collide with atmospheric gases, creating a light show that can last for anything between minutes and days at a time.

In this guide we’ll details the top 5 places on the planet where you can view this epic natural light display. Wherever you go, make sure you pack some warm clothing in your suitcase!

Where to See the Northern Lights: Sweden

Sweden is a fine destination to see the Northern Lights. Large swathes of the country are sparsely populated, meaning a real lack of artificial light and a perfect destination to stare up in the clear night sky. The northern lights appear between October and March is Sweden. Abisko, which is north of the Arctic circle, has become a popular destination for Aurora hunters, as the town is surrounded by mountains, which are ideal to in breaking up any cloud cover. In general, most of Sweden is good once you escape the lights of the city, while places such as Jukkasjärvi (check out the ICEHOTEL here) and Tärendö are known as particularly good spots for viewing the lights.xx

The northern lights can be viewed in Iceland from the early part of September through to the end of April. The country is known for the amazing volcanic landscape, geothermal hot springs and brilliant waterfalls too, meaning aurora spotters can enjoy all of these experiences too. Good locations in Iceland include Vik (and particularly nearby Hofdabrekka), Eldborgahraun, Djúpavík and Seltjarnarnes in Reykjavik. Many will hire a campervan to chase the lights, while many tours are provided, some which include ice cave or glacier walks alongside sighting the aurora.

Fjords in the Midnight Sun: Norway

Norway has one of the most picturesque landscapes on the planet, with incredible fjords and vibrant fishing villages. Aurora spotters should head to the country between September and March. Tromso is a popular hotspot, although it would be advised to move away from the city lights. Other popular locations include Bodo, The Lofoten Islands, Harstad, Alta (known as the City of the Northern Lights) and Andoya. Kirkenes on the Russia/Norway border is another popular place to visit. Many tours are available in Norway for views of the spectacular lights, some which can also include reindeer sledding or whale watching. Norway is one of the most accessible and easy to get around countries for aurora hunters. 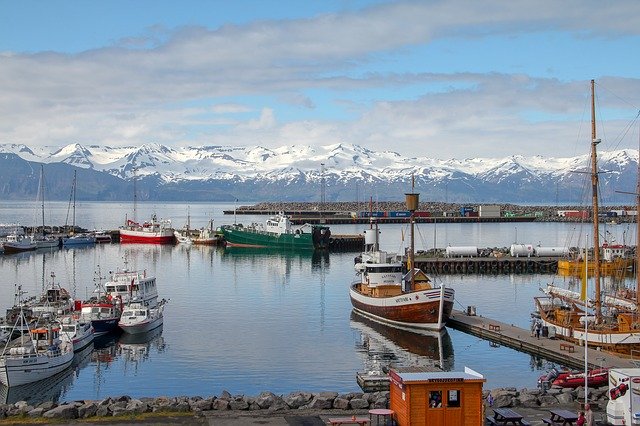 For a non-European trip to the see the Northern Lights, Canada is an ideal destination. The northwest region of Canada is known as the best aurora spotting areas, particularly Yukon. The north-western parts of Canada can be particularly sparsely populated leading to a perfect view of the night sky. When heading to the Yukon you’ll feel completely detached from modern society, with a natural beauty beyond compare. Yellowknife is a particular destination, with a reputation for being one of the best places in the world to view the lights, with regular tours arranged for exactly that purpose. The perfect time to head to Canada to see the northern lights is from late August through to mid-April.

If you want to make a trip to see the northern lights with a difference, Greenland might be the perfect location. The country is unusual in that there are no roads, making boats and planes the primary form of transport. Far fewer tourists head to Greenland than the other locations on this list, almost making viewing the aurora a personal venture. Heading to places such as Ilulissat or Nuuk are ideal, as you’ll be able to enjoy an aurora tour, while you could also hire a charter boat. Aurora tours are also available where you’ll jump on a snowmobile or even be transported by a dog sled. The ideal times to see the northern lights in Greenland are between mid-August and late April.

While there are five destinations listed above, there are a number of other fantastic vantage points where you’ll have a stunning view of the Aurora Borealis. Good examples are the far north of Finland, the Kola Peninsula in Russia and Alaska is a place where you might those lights all year round.

It could be said that the Northern Lights are a natural phenomena that everybody has to see at least once in their lives. The stunning display can be completely awe-inspiring and almost other-worldly. Fortunately, in the modern world, they are more accessible than ever before. Check out the prime locations in the list above and go see a sight that you’ll wonder at for the rest of your life.