Home » Tips and News » What to Pack for a Trip to Edinburgh?

What to Pack for a Trip to Edinburgh?

The Capital of Scotland Has History, Arts and Spectacular Views

Packing for Edinburgh involves juggling multiple factors.  This is the Capital city of Scotland and the second most populous city there. It ranks as the seventh most populated city overall in the United Kingdom. This vibrant city is known for its arts. Edinburgh plays host to the world-famous Edinburgh Festival every August. This generates more than £100 million for the local economy. The city is also a World Heritage site, which brings with it many tourists who visit the famed landmarks of Edinburgh.

This packing guide covers the key attractions in this amazing Scottish city – along with what to pack. With a tram linking the airport with the historic city centre, a visit to Edinburgh is easy!

Packing for the Main Attractions in Edinburgh

This impressive landmark sits atop the city on an extinct volcano. In the castle you can see the Stone of Destiny. It was stolen by Edward I and sat beneath the English throne, only for it to be returned to Scotland 700 years later.

History of the castle include the sieges by Cromwell in 1650 and by Bonnie Prince Charlie in 1745. From the castle you get to see some of the most glorious views of Edinburgh. You can also visit Edinburgh’s oldest building – St Margaret’s Chapel that was built in 1130.

The Palace of Holyrood house:

This is the official Edinburgh residence of the Queen. When the Queen isn’t in residence, which is effectively for 51 weeks of the year, the Palace is open to the public. Visitors can view the Historic Apartments, which are the former home of Mary, Queen of Scots. And the State Apartments, which are famed for their fine furnishing and tapestries.

Head into the Great Gallery and enjoy the portraits of the great Scottish kings. Exhibitions are held within the Palace and the manicured grounds are worth checking too. 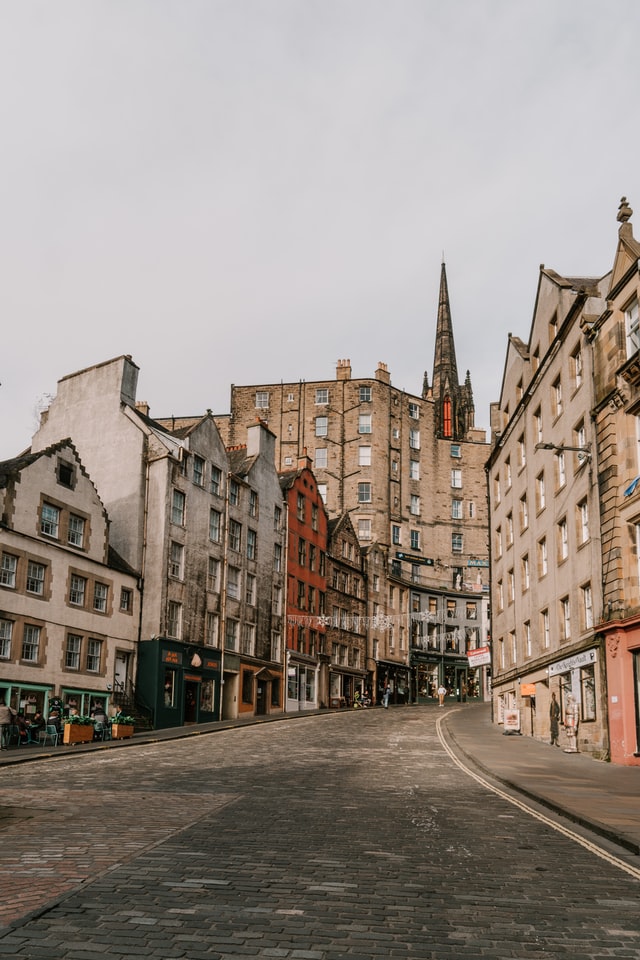 With a series of charming churches, townhouses and historic buildings, the Royal Mile links the two landmarks described above. This is a popular route to enjoy shopping, inns, museums, and restaurants. Inbetween the buildings there are a series of ‘closes’ which weave in and out on the mile. Check out Castle Hill, the People’s Story Museum and Gladstone’s Land, a six-storey merchant’s house.

This famous hotel sits on the corner of Princes Street and North Bridge. The hotel was built in 1902 and famously has a clock that runs three minutes fast. This is because it traditionally served rail customers and didn’t want them to miss their trains. The only time the clock reverts to normal time is on New Year’s Eve. JK Rowling famously finished the final instalment of the Harry Potter series in this hotel.

These tourist attractions could not be more different. I am including them here as they are opposite each other – next to the entrance to the famous castle. World of Whiskeys lets you taste single malts from around Scotland. There is an interactive tour which includes the largest collection of Malts in the world.

Camera Obscura is packed will illusions, interactive exhibits, and weird and wonderful attractions. Get all the way to the roof to enjoy high powered telescopes to see the city and surrounding countryside.

Essentials When Packing for Edinburgh

You’ll quickly realise that Edinburgh has lots of cobbled streets, so you’ll need the right footwear. A comfortable pair of trainers / loafers can be a good idea. If you’re thinking of any kind of hiking trip or do plan to do a lot of walking around the city, sturdy walking boots are the way to go.

If there is something you can be sure of, especially if visiting Edinburgh outside of the summer, is rain. The rain can be absolutely torrential at times, while steady drizzle can be a regular occurrence. Whatever type of rain you encounter, the one thing you can guarantee is that it is wet. Purchase a waterproof jacket and you’ll be set for whatever the conditions are. 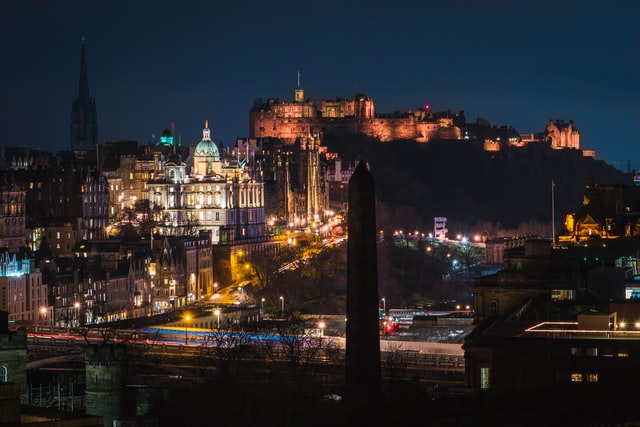 Travel guides make for an essential addition to any trip. A good guide will give you further insights to the famous landmarks listed above, as well as supply travel information and the best times to check the tourist locations out. In addition, a good travel guide will also give information about some of the lesser-known landmarks in the city, which might not be so popular.

A Note on Packinf for Winter Trips to Edinburgh

If you decide to head to Edinburgh during the winter, it can become extremely cold. Wearing layers is the recommended way to go. You’ll be in and out of the many wonderful shops that Edinburgh has to offer – so you’ll want to be able to shed those layers when going in shops. Edinburgh is particularly magical around Christmas time, so if you travel at any time from mid to late November or later, you’ll get the full Yuletide experience. Wrap up warm for the outdoor Edinburgh Christmas market.

Much of the tourism to Edinburgh comes during the Edinburgh Festival. This takes place in August. Sunscreen is a must during the summer months, but being Edinburgh, you certainly shouldn’t be leaving your raincoat behind. There are problems with ‘Highland Midges’ during the summer. A repellent is a good idea if you are sticking around for an extended festival stay.

Make sure you book early. The Edinburgh festival and Fringe is hugely popular – this means that hotels and restaurants fill up fast.